where did you TAKE your Tenere today?

I camped one night out on the National Grass Lands outside of the Badlands.

Camped at a lake so I could swim. [clean up some]

My dad always talked about Deerfield South Dakota , so I had to go see that. No town left but a reservoir.

What other bike can you ride trails for hours then hop up on an interstate , set the cruise lay back and let it per like a kitten and take you back home.

I was looking for a place to purchase a trail permit and I came out on a road and a forest ranger was parked there.
I pulled up and ask him where I could get the permit.
He said "are you headed to Nemo? You can get it there"
I said yes I was but there is a lot of good trails between here and there.
He said yes there is, but I know where all the Rangers are at and none of them are out there, He said they all work for me and you will be fine.
Then he said " are you looking for a challenging trail? There is a trail up here on the left called Pilot Knob 8089 and it will drop you right into Nemo, but it has some rocky rough hills"
So off I headed on 8089.
It was pretty tough and I shouldn't have been loaded but it was fun. I never seen anyone else on it.
One of the only pictures I took isn't very good.

This picture from above was on that trail also.

I actually only seen two guys on any trails at all. They was near Nemo on side X sides.

Not used to seeing ol' Blue with panniers.

WOW, very nice.
But that trail would be to rocky for me

Don in Lodi said:
Not used to seeing ol' Blue with panniers.
Click to expand...

I wasn't planning any off roads, but the trails are great out there.

Good to see you’re out and about.

Mak10 said:
Good to see you’re out and about.
Click to expand...

Depending on the weather I am thinking of running back out there for another 2 day round of more trails here in a week or so.
I can just camp anywhere out in the forest so it will be an inexpensive trip.
I'll be packing much lighter so I can see more trails that way.

Hi to all! I hope you had a wondefull weekend as I did!
I had a on-road course in a Kart race track in Mexico. I had good time and is great to have courses to improve your skills and safety.
I will share some of the pictures.

It is very important to take courses to become a better drivers! and allways safety needs to be in our mind too!
The course I had yesterday they tought us some basic mechanics topics (like what tools do we need to carry among other things!) also we had a first aids recomendations too!
Next week end I will have the opportunity to go to a track day. I´m sure spending some time there plus some recomendations will help me to improve may driving skills.
I hope all of you will have a great week.

Nice contribution @pilleway! There’s a lot of corona over there I see in picture 2.. hope it’s the good one
L

Good on you Pilleway, i em a huge believer of courses. It is a scary thought that the majority of people driving on our roads today, 2wheels or 4wheels essentially got their license through a bare minimal. An upgrading/defensive driver course should be mandatory for all drivers.

StefanOnHisS10 said:
Nice contribution @pilleway! There’s a lot of corona over there I see in picture 2.. hope it’s the good one
Click to expand...

Thanks! yes is the good one!

Took a little ride (NY to CO and back), camped out at Curt Gowdy SP in WY......you guys out West sure do have some beautiful scenery.

lund said:
Good on you Pilleway, i em a huge believer of courses. It is a scary thought that the majority of people driving on our roads today, 2wheels or 4wheels essentially got their license through a bare minimal. An upgrading/defensive driver course should be mandatory for all drivers.
Click to expand...

Thanks, and you being in a first class country you might imagine how is in Mexico, we do not have any law requirement to be able to drive a bike in the road. Yesterday we were 25 bikes and at least 50% had less than a year with their bike and are in public rodas and never had a course before, we had a Mechanical theory session and I was surprice because some of them were asking questions regarding of the very basic for there bikes, like what dayly inspection had to do, or one had the main rr braking bracket bolt loose and did not know about it, so I was attonished hearing those comments, but the good think is that finally they had taken a course yesterday! Courses will help us to improve our skills and correct wrong driving habbits!
REgards

Says the guy from the rolling hills of Kentucky.

thughes317 said:
Took a little ride (NY to CO and back), camped out at Curt Gowdy SP in WY......you guys out West sure do have some beautiful scenery.

Hey what tent is that ?

Cantab said:
Hey what tent is that ?
Click to expand...

400kms up the coast today, the TPX radar that came with the bike did well picked up 3 Ka hits in plenty of time 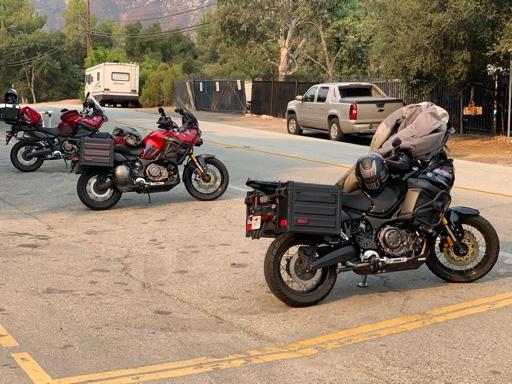 North Central Oregon...enjoying a couple days riding in the “box”!! 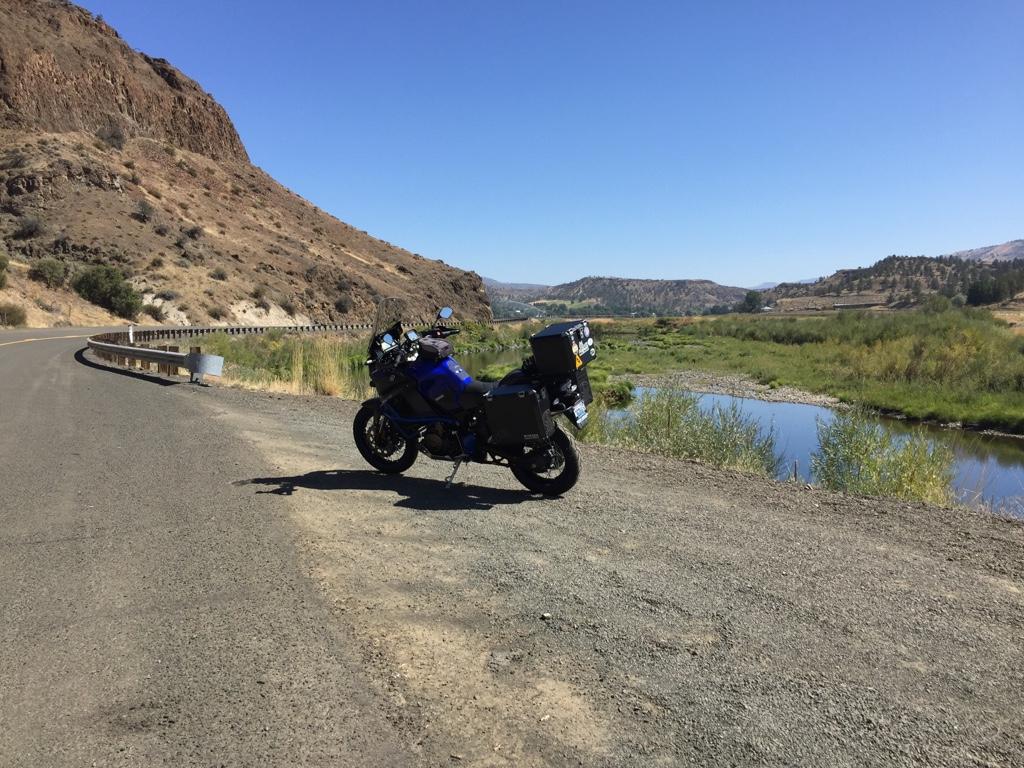 
Sent from my iPhone using Tapatalk

A tag in Collinwood, TN right off the Natchez Trace Parkway. Not much there but there is a Mexican restaurant.